Calamares is not autostarted after you build your own iso 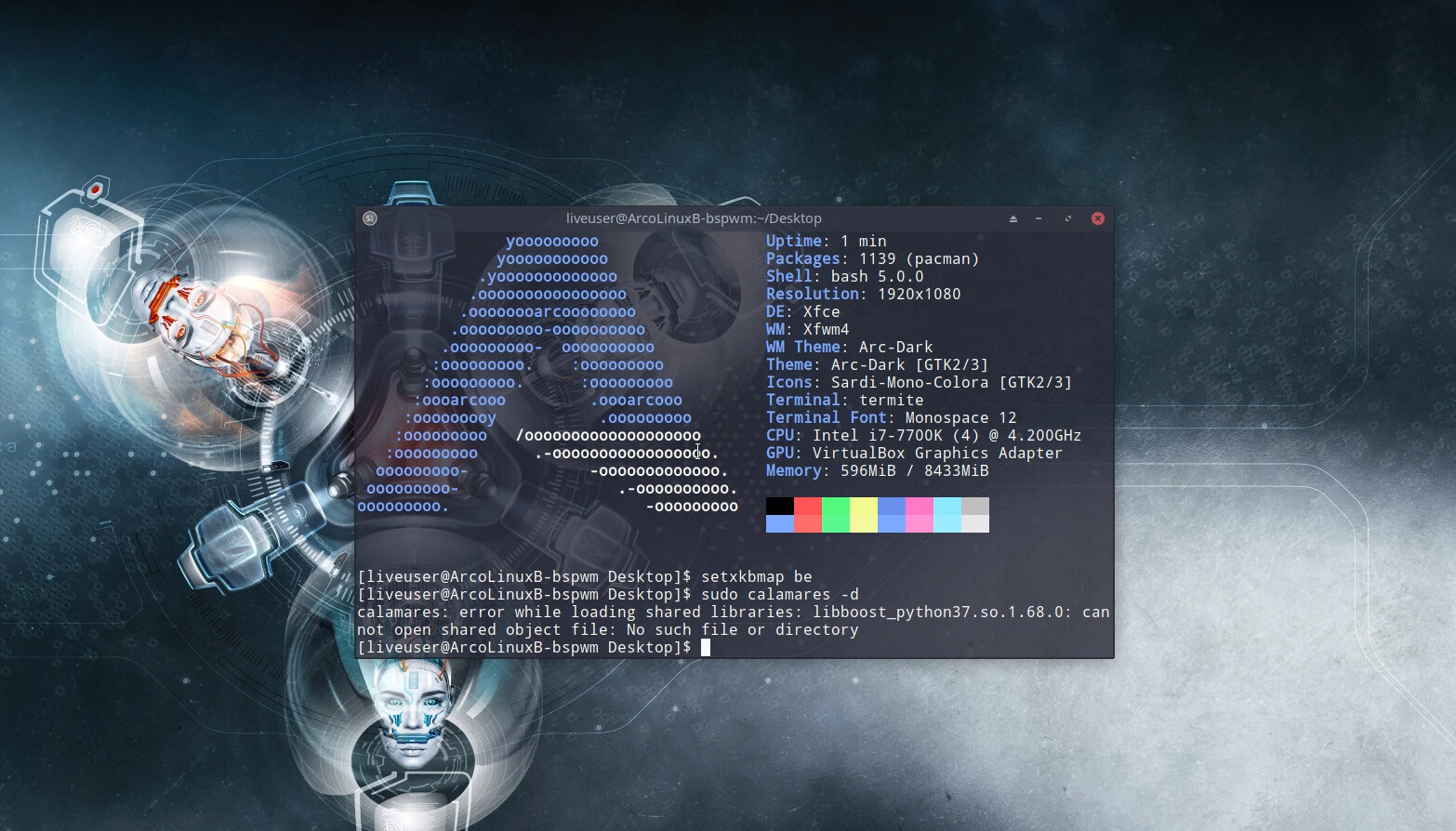 report on the  Arcolinuxb-iso channel
if calamares needs an update

help us give more info than just ‘its broken’.

Calamares is build at some point in time. If you build an iso at that particular moment all updates, dependencies, libraries, … are present and Calamares will find them and will launch.

When you build an iso, you actually freeze all packages in time on that iso. And it will keep on working on the iso.

BUT if you build an iso a week, a month or several months later Arch Linux will have changed so much that you need to rebuild Calamares in order to keep it working.

The package Calamares on our repo is frozen in time but all the packages it requires are NOT frozen. When you build an iso, you get the very last version of all packages except Calamares.

It tries to find version 1.68.0.1 and does not find it and everything halts.

Calamares does not boot up.

In the video we show you how you can still launch it by making a symbolic link.

You can not expect users to know this so …

Report on discord if Calamares is no longer working.